When visiting Seattle last weekend, I found myself at an East Indian “Ananda Mela (Translates from Sanskrit to “LOVE FESTIVAL”) in a city park, replete with actual “Sacred Cows

There was a Hari Krishna puppet show, and beautiful women drenched in colorful saris walking about. There was Traditional Indian Dancing and singing on three stages and the most colorful bazaar of clothing, jewels and spiritual accessories I’ve ever seen in one place, including my travels in India!!!

To inspire awareness of your process of discernment for living a Higher-Self-Intuitively-Guided life when making choices.

Four Stages of Higher Self Discernment

When visiting friends in Seattle, Sonia asked if I’d like to go for a walk and I did. She suggested a couple of options and described each one. I went through a process of HIGHER SELF discernment that basically followed these four stages. As you explore them, consider your own process of discernment.

Step1: intuition. When Sonia presented options to choose from, after quickly thinking about the facts, I intuitively “tuned in” to both options with my body and emotional response.

Step 2, inspiration: I looked for a subtle sense of INSPIRATION in my body and being, an Energetic Uplift. I felt this when envisioning a walk on the path near the slough along a river.

Step 3: illumination. As I continued to focus on the choice that “LIT UP” as a felt sense of knowing certainty that the path by the slough was the right one.

Step 4: Realization: The choice became a reality through taking action. We drove to the Park bordering the slough. As we began our walk, we heard the sound of music in the distance…..

Within minutes we found ourselves in the midst of the most colorful “Amanda Mela”. I felt certain I was exactly where I was meant to be and couldn’t imagine ending up in a more delightful place for a walk!!!!

Later, when reflecting upon the experiences of this adventure, I had a variety of personal learning REALIZATIONS…gifts and blessings from this HIGHER SELF-Guided-Choice that go far beyond the actual experience itself.

As a Transformational Leader, you attune to HIGHER SELF for decision-making through: intuition, inspiration, illumination and realization on the path of your development and to benefit those you serve.

Consider making HIGHER SELF discernment a daily practice and see what opens up for you….

Holy Cow!! It’s an amazing way to Trust your HEART and Live and Lead!!! 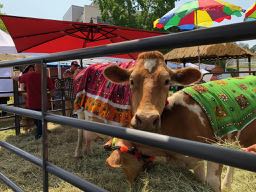 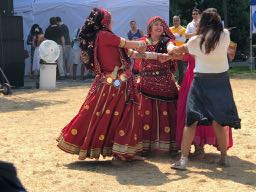 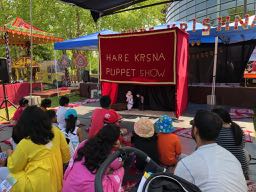 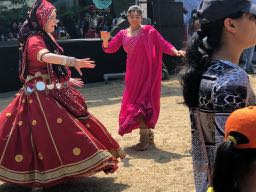